How to Conquer Writer’s Block: Tip 88

HOW I WRITE A MIDDLE GRADE NOVEL:
I haven’t posted in a while and I suppose that indicates I have been writing my novel unhampered by writer’s block, which is true.

A flimsy excuse for not posting on this blog, however. I was dragged from my blog-posting lethargy by the realization that I have figured out the nuts and bolts of how I basically write my own longer stories. So I will share–with the knowledge that I’m doing so for my own records, in case I forget how to write another one again!

I am distinguishing “nuts and bolts” from the deeper concepts of idea-getting and creativity, although they are connected. I’ve written about the latter here: http://www.fromthemixedupfiles.com/2015/01/write-middle-grade/

By “nuts and bolts” I mean what happens each day when I sit down in front of the computer to write my first draft. It used to be a MUCH messier process before my use of the computer and the handy ability to change font colors and scroll back and forth neatly between pages. So here goes:

When writing the first draft, I just plunge in (again, see the link above for something a bit more substantial than “plunging in”) writing a bit each day, and obsessively reading over what I’ve written on other days. Eventually I learn what I really want to say, what is important as to the flow of the story, and what needs to be changed as my characters grow. I spend a lot of time staring at the computer screen and writing nothing.

Often what I do write are notes to myself about what will need to be changed or excluded or added to–and (IMPORTANT) these notes are written on a “Notes Page” which is the first page of the manuscript. Sometimes these notes are also written in RED beside the stuff needing changes. The notes are a jumble with no necessary order, although they look neat because they are typed and not scribbled, as they used to be a long time ago.

And here is the IMPORTANT part of what I’m saying: I rarely go back and revise at this point. I may reverse some sections and do some minor deleting, but not a whole bunch. I just plow ahead during this first rough draft, mildly confident that my Notes Page is keeping track of what I will need to do in the next draft. By the very end of this first draft I know what I’m doing, and it’s time to go back to the beginning and write the book again, using a tidied-up, organized Notes Page, and those pretty red comments, as my guide.

I can’t do a major revision during the first draft because I have to write the whole thing in order to sense what the emotional direction, emphasis, feel of each scene has to be,– when compared to the “whole”. When I finally get to the point when I can write a second draft, sometimes I print a hard copy and actually shuffle around scenes and chapters to get the emotional emphasis just right.

Hopefully, this makes sense to someone other than me. I’d love to hear your thoughts and about your own methods, simply because I find the writing process so fascinating. Please email me, or comment on Facebook. If you leave a comment on this blog, you will join all the many readers from faraway countries who are trying to sell me their Ray Ban sunglasses, purses, shoes and other stuff I don’t need and whom I ignore because I haven’t figured out how to block them.

And happy, messy, first drafts to all of you!

How to Conquer Writer’s Block: Tip 87

Obviously, I only present those tips I find especially exemplary, and I guess that’s been a long time! But I lately discovered Ira Glass’s extraordinary vimeo called The Gap. This is the gap between Good Taste (which you probably have if you are a lifelong voracious reader of good stuff) and your Ambition for your own writing. I am very often able to predict those beginners who will have success. How? They think their work is awful! (Read: they have good taste and are experiencing a huge GAP.) If a beginner thinks her work is excellent, refusing to change a word–to me that’s usually a bad sign…

Ira Glass tells us how to close that gap.

How to Conquer Writer’s Block: Tip 86

WHY WRITERS MUST BE UNPROFESSIONAL

I found this quote by Lorin Stein (Words Unwired, NYT, 1/8/2016) to be confirming to my process. She compares fiction writers to method actors, then explains the importance of being an essentially “unprofessional” solitary person.

“To write a story also requires public solitude, the ability to be alone publicly like a method actor. You can’t be worrying how you sound. You can’t wonder whether you or your characters are likable or smart or interesting. You have to be inside the scene — the tactile world of tables and chairs and sunlight — attending to your characters, people who exist for you in nonvirtual reality. This takes weird brain chemistry. (A surprising number of novelists hear voice, and not metaphorically. They hear voice in their heads.) It also takes years of reading — solitary reading.For all these reasons, writing fiction is pretty much the opposite of writing a good tweet, or curating an Instagram feed. It’s the opposite of the personal-­­­slash-professional writing that is now part of our everyday lives. More than ever, we need writers who are unprofessional, whose private worlds come first. (italics JR’s) Surely this has something to do with the wild success of immersive, multivolume imports like “My Struggle” and Elena Ferrante’s Neapolitan tetralogy.”

How to Conquer Writer’s Block: Tip 85

Here is a simple tip for the new year from my friend Caroline Arnold who has published many wonderful books. Sometimes the simplest changes are the most revealing. Thank you, Caroline! 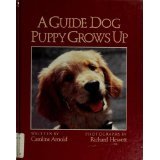 “My book A Guide Dog Puppy Grows Up tells how dogs are trained to work with blind people by following one puppy from birth to graduation.  My first manuscript had all the facts but seemed to be missing something. Then my editor suggested changing the tense from the past to the present. I did and suddenly the story came alive, making us feel as if we are participating in the action. So, if you are stuck in your story, take a look at the tense and see if changing it makes us see your story in a new light.”

How to Conquer Writer’s Block: Tip 84

DIGITAL SMARTS:
Social media and email get in the way of my own creating, not to mention daydreaming, which is so important for story-making. I think it’s useful to be digitally smart, in terms of getting back in control with a plan. I like Jane Friedman’s suggestion (janefriedman.com) to organize your writing life by making some choices:

(1)Focus on reading or creative work first thing in the morning, for 3-6 hour stretches or
(2)Stay off email for 8-12 hour periods—sometimes 24 hours or
(3)Stay offline after dinner.

How to Conquer Writer’s Block: Tip 83

When beginning a new project, I am always inspired reading about the process of other writers.

Here is the brilliant Donald Antrim:

“I write because writing is the hardest work I’ve ever done. It is slow and painstaking and frustrating. I do not begin with an idea or a theme, and I don’t make outlines. I don’t have a plan for the ending or, usually, for the next page or the next line. Even short pieces might take shape over years. Everything that I have ever seen, done, or felt, had, shared, or lost, is in play, and the word of the day is, on most days, confusion.

But there is also love. I don’t know what else to call it. I love my people. Their predicaments are contingent on my own, and their world is a kaleidoscopic version of this one.”

From hard work to love of one’s characters. I defy any writer of fiction not to be struck to the heart by the truth of these words.
Read his entire talk, a commencement speech recently published in The New Yorker 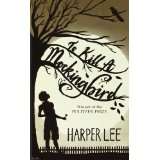 How to Conquer Writer’s Block: Tip 81 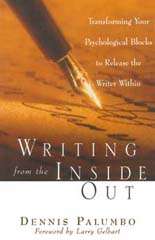 A BOOK RECOMMENDATION: Dennis Palumbo’s wonderful book WRITING FROM THE INSIDE OUT is excellent for conquering writer’s block because he understands and describes all the inside psyche stuff that is causing it!

How to Conquer Writer’s Block: Tip 80

KNOW YOUR PSYCHOLOGICAL PROCESS
I wrote a blog post for the web site From the Mixed-Up Files…of Middle Grade Authors that pretty much describes my whole process.

How to Conquer Writer’s Block: Tip 79 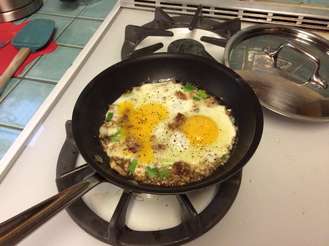 JUST SHOW UP AT THE STOVE:
The writing stove, that is. It’s an imperative. I am ALWAYS surprised at what happens at that stove, even though I have no idea what dish I’m about to create. That’s why I love cooking–I am certain something will come out of it, because, after all, I have the recipe. It may not be a great recipe, but something or other will be produced. I have to remember this: recipe or not, something will also be produced at the writing stove, and it may even be good. But nothing will be produced if I don’t show up.