How to Conquer Writer’s Block: Tip 30 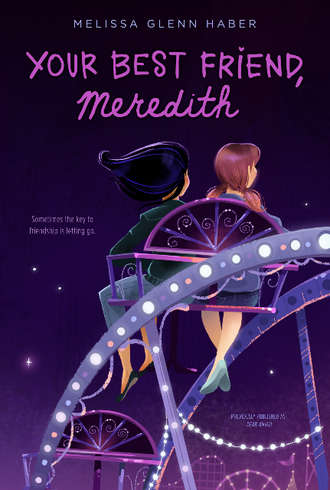 THE WAR WITHIN
I don’t know when scientists “discovered” the functions of the left brain versus the right brain, but I believe that those who create have always been painfully aware of some sort of conflict within. Critic vs. Wild Thing. Reason vs. Fancy. Editor vs. Slob. Ego vs. Id.

Whatever you call the warring parties, both have to work together to produce the work. But how? Everyone has their own tricks. I have to consciously give myself permission to let the rough draft emerge freely, without censure. I tell myself that this “awfulness” MUST be part of the process. It’s a law of writing. I am a very lawful person.

I think I’ve found a kindred spirit in Melissa Glenn Haber, whose heartfelt and funny novel YOUR BEST FRIEND, MEREDITH (previously published as Dear Anjali, Aladdin, 2010) is now out in paperback for lucky readers. But she describes her process much more precisely than I do:

“When I give book talks it always amazes me that even eight or nine year old writers know that when they try to force the book to go the way they want it to, rather than riding the wave of inspiration, the thing dies. I really do think the way to conquer writer’s block is to recognize that the creative process uses both parts of your brain: the conscious, critical, analytical faculty that’s excellent as an editor and the liminal, dreaming mind that provides the best raw material.

I think writer’s block happens when the analytical brain gets too big for its britches and tries to be the creative force: to get back to the truly inspired stuff–the real stuff–it needs to be shut up, or distracted, or somehow knocked sideways so the quieter, stranger, more sensitive (and more easily daunted!) creative brain can work.

I once heard a story that E.L. Doctorow was in that dreadful state and managed to lull the analytical part of his brain to sleep by describing his wallpaper, the drapes, the window molding, the window itself–and as he did that, his dreaming eye was surprised to see what was through those wavy panes of glass: it was one of the scenes that became his book Ragtime. Don’t know if the anecdote is factually true, but it’s certainly true in the most importance sense….

So how does Melissa remember what she is “writing far from paper and pen or the computer”? She channels a trick from a character in a beloved children’s book by E. Nesbit:

“I’ve developed all sorts of tricks for remembering phrasing when I’m out walking or if I think of things in the middle of the night,” says Melissa. “Most of these are loosely based on Anthea’s trick in FIVE CHILDREN AND IT for waking up at a certain time in the morning, where she bangs her head against her pillow once for each hour after midnight that she wants to wake up. (Strangely, it works.) I do actually resort to head banging if I have an idea at night, which is akin to tying a string around your finger (what was I banging my head on the pillow for, anyway)? When I’m out I do similar kinesthetics, tying motions to words so that I can recall them later. (As a History teacher, I spend a lot of time developing strategies to remember details.)”