How to Conquer Writer’s Block: Tip 58 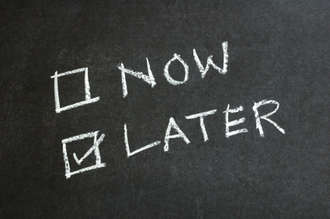 THE PURPOSE OF PROCRASTINATION?

It feels like procrastination, but perhaps it isn’t…and if it is procrastination, then maybe it’s necessary. I find that there are a number of tasks I perform in the morning which must get done–coffee, dog feeding, breakfast, newspaper editorials, cat litter, bed-making, stretching exercises…perhaps one or two more. They are always the same, and usually in the same order. Then I kind of meander into my writing room and delve in. It’s as if there has to be some order in the world I leave behind, in order to delve into the disorder of a manuscript. There is also a meditative quality to performing these tasks. Or–am I rationalizing what is essentially…procrastination?

How to Conquer Writer’s Block: Tip 16 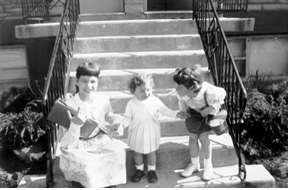 GET AWAY: Part 3
Go back, physically or mentally, to a street you used to live on. I have given writing students, of all ages, the task of mapping out an old neighborhood, replete with a “key” to events that happened to them there. Some examples: #1: “Here is where I camped out for 45 minutes when I ran away from home.” #2: “Here is where I threw up after sampling a cigarette for the first and last time.” Etc., etc. Your neighborhood stories are like the oranges on a tree, ripe for picking.

How to Conquer Writer’s Block: Tip 57 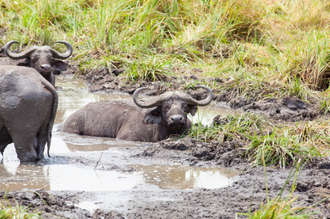 I often give myself permission to write bad (sic.). O.K., badly. Permission t0 just plunge in and not worry about the beauty of the words, the rightness of grammar, the elegance of plot. This is harder than it sounds, for me, anyway. I have a particularly stern, old-fashioned School Mar’m critic sitting on my shoulder. So I sic myself on her, wrestle her to the ground, and pin her under the leg of my chair. Then I am free to make as many “stupid, ugly mistakes ” as I like, mucking about in the mud of imperfection. The stern old-fashioned School Mar’m cries out in alarm . After a while, I don’t hear her. After a while, mucking about becomes fun. And sometimes I discover a small, grimy pebble, which, (not to carry a metaphor too far, well, maybe I am, as I try to describe a messy process), reveals itself as the gold nugget of a story-starter…

How to Conquer Writer’s Block: Tip 56 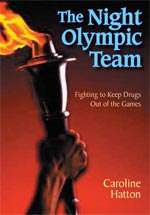 IMAGINARY FRIEND
Here’s a great one from Caroline Hatton, author of The Night Olympic Team, who says this tip works very well for her. Perhaps you do this, too, in one form or another…in person, or in your imagination.

“Think of a friend to whom you can always speak freely. Imagine telling this friend where you’re stuck in your writing. Hopefully this virtual conversation will help you start writing again.”

How to Conquer Writer’s Block: Tip 55 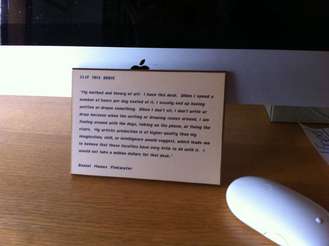 There’s a quote I love by author Daniel Manus Pinkwater. I love it so much it’s printed on a small plaque which I can move around my desk at will so I can see it from every angle. It’s this:

“My method and theory of art: I have this desk. When I spend a number of hours per day seated at it, I usually end up having written or drawn something. When I don’t sit, I don’t write or draw because when the writing or drawing comes around, I am fooling around with the dogs, talking on the phone, or fixing the stairs. My artistic production is of higher quality than my imagination, skill or intelligence would suggest, which leads me to believe that those faculties have very little to do with it. I would not take a million dollars for that desk.”

In other words, it’s the desk.

How to Conquer Writer’s Block: Tip 54 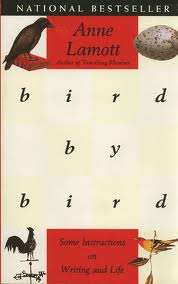 THE BEST WAY TO BEGIN

If you are very lucky, an idea for a book will arise out of (seemingly) nowhere, floating into your brain as you awaken, or are driving, or washing dishes. The idea may be vague and meaningless to everyone but you, especially when written down. And you probably won’t even be able to call it an “idea”, except that you can tell by the charge it gives you, it may grow into one. Especially if a bunch of “what if’s” are attached to it. It’s actually a book “concept”.

WRITE IT DOWN QUICKLY (on that napkin, bedside writing pad, parking stub), then scribble some notes in order to explain the gibberish to the future you, who will have to work with it

THE FIVE LIVES OF OUR CAT ZOOK began this way. “Cats have nine lives” I wrote on my own bedside writing pad, an adage I’d heard all my life. But this time it had special potential to me as my next story. What if a kid really believed that? What if each life was a separate story?

Pay attention to these little slips of half-formed ideas. I once read that Roald Dahl dashed off a note to himself–something like “strange man owns candy factory”. We should all be that lucky, not to mention gifted…

How to Conquer Writer’s Block: Tip 53 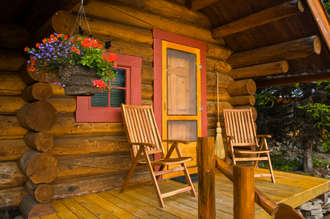 “And live alone in the bee-loud glade.”
That was Yeats’ wish, and, more often than not, it’s mine. I love my family, but introversion and love of solitude are usually the defining characteristics of a writer’s personality. Who else would stare at a screen or sheet of paper for hours, contentedly (most of the time)? The distractions of email, twitter, Facebook and other aspects of a widening “social network”, unlike the loud buzz of bees, are difficult to ignore , especially when they have become duties. While I can’t ignore my various duties to certain loved ones, every now and then I have to try to tamp down my guilt, and pull away from that wider , plugged-in network, especially when trying to create. For a day, or half-a-day, or an hour (!) I imagine occupying a cabin, deep, deep in a forest where cables can’t find me…

How to Conquer Writer’s Block: Tip 52 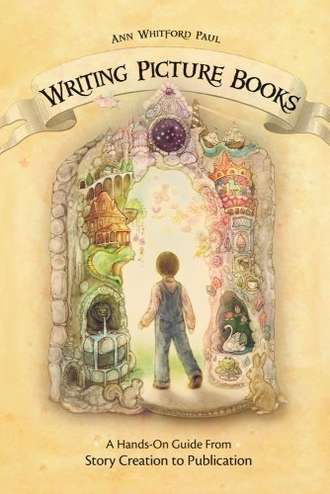 Here’s a tip from the wonderful writer and perennially prolific Ann Whitford Paul, author of (among many, many books) WRITING PICTURE BOOKS: A Hands-on Guide From Story Creation to Publication.

“Having trouble writing? No ideas? Take an object, any object–a wooden
block, a paper clip, an empty glass . . . it doesn’t matter what and start
listing 10 observations or thoughts you have about it. When you’ve finished
10, write ten more, then ten more. Keep on doing this until something
niggles you that you want to write about. I did this yesterday with a white
thumb tack–Somewhere in the thirties I started thinking about
snow–continuing through the forties I remembered what snow was like when I
was a kid–the way snow clumped on a scarf, the way my breath steamed and my
ears froze. I remembered hot chocolate and marshmallows, ice skating to
school and lots more. Living in Southern California I hadn’t thought about
snow for years. Before I knew it I was writing a poem. Try this exercise.
It just might cure your writing block.”

How to Conquer Writer’s Block: Tip 51 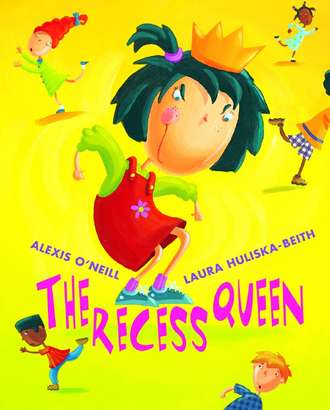 From my good friend Alexis O’Neill, author of the wonderful picture book THE RECESS QUEEN, and many others, proprietor of SchoolVisitExperts.com, and SCBWI leader extraordinaire. Her wisdom and humor are always right on!

“Grab your calendar. For each month, cross out one entire week. That is your “no fly zone.” No hair or doctor appointments. No food shopping. No writers meetings. No laundry. No sojourns to Starbucks. No email (well – maybe for half a day each day). Just one week a month. In your office. At your desk. Writing crap. I guarantee unblockage once a month for twelve months. If not, Ex-Lax might be required.”

How to Conquer Writer’s Block: Tip 50 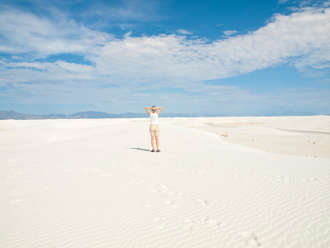 When I’m working on a project, I disappear. I try to remain in the real world, but The Project is almost always on my mind, even when asleep, pulling me, enveloping me. My calendar has been cleared, few new recipes are attempted (my obsession) and laundry and dust balls pile up. I spend hours alone. Even my body becomes invisible to me, as my eyebrows go unplucked. Is this a normal way to live? Quick answer: no. So it makes sense that there is a certain amount of resistance to this “disappearance”, before something new is begun. Often I feel as if I’m preparing myself for a long, solitary trip, which I guess I am. Again, awareness is all–awareness of the weird need to tie up all loose ends before disappearing. Awareness of the obsessive preparation. “Stop,” I tell myself. “Just begin.”.