How to Conquer Writer’s Block: Tip 29 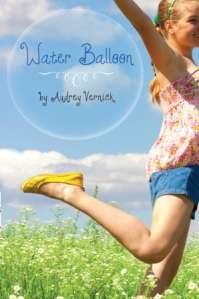 THAT STUFF IN THE DRAWER
Something miraculous happens when you stuff a manuscript in a drawer: it marinates! When you read it again after a long while, it has much more depth and is so well-written, you hardly recognize your own writing! For me, nothing conquers writer’s block better than re-reading a manuscript and discovering I was much too hard on myself. Distance and time serves to tame our mean, wild, heartless (and often near-sighted and tone-deaf) inner critic.

Popular picture book author AUDREY VERNICK put away her manuscript. When she returned to it, her story had marinated into something eminently publishable: her charming, poignant and lovely first novel, WATER BALLOON, about friendship and first love. It is due out from Clarion in September. She describes how it all came to be on her fabulous blog Literary Friendships.

How to Conquer Writer’s Block: Tip 28 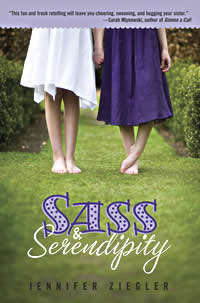 Here something from the SO terrific Jennifer Ziegler, whose new book SASS AND SERENDIPITY, will be coming out tomorrow! Can’t wait! Her tip dovetails nicely with my Writing is Circular not Linear Theory, and she gives two reasons why applying the theory works:

Jennifer says:
“Skip the section that is giving me fits and move on to one that isn’t. There is no rule that you have to write chapters in linear order. Often I will leave gaps in my draft. This allows two things to happen: 1.) I don’t waste time and energy on a difficult scene and get so frustrated that I start to doubt myself or the project; and 2.) By continuing to write, I build up momentum. This momentum increases as I move through the draft. Soon I’m so immersed in the story’s “universe” it is easy to go back and write those abandoned sections. NOTE: This works best if you are following an outline.”

How to Conquer Writer’s Block: Tip 27 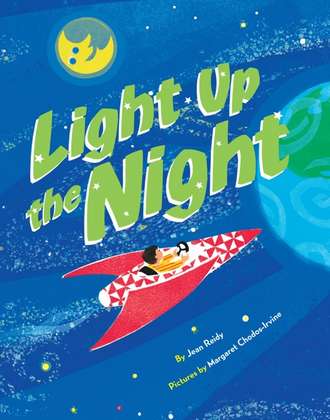 That certainly works for the amazingly prolific Jean Reidy, whose picture books TOO PURPLEY! and TOO PICKLEY! came out in 2010 from Bloomsbury, her LIGHT UP THE NIGHT comes out this October with Disney Hyperion, and 3 more picture books come out in the next 2 years. Wow.

She multi-tasks, but in an efficient, serial fashion:

Jean says:
“Have many projects going at once!
Magazine article to picture book to blog post to website update to novel to … that’s the gist of my work day. Acute attention problem? Maybe. But also a simple way to avoid writer’s block. Jumping from project to project keeps me productive when one stalls. When ideas run dry on an article, I pull out my picture book. When my picture book ending doesn’t work, I post to my blog. I can still become frustrated but I never feel blocked. I suspect that if I focused on only one project at a time, and if that project stalled, anxiety would strike. And it’s that anxiety that creates a vicious fear of the blank page some call writers’ block. Productivity in multiple projects keeps the block at bay.”

How to Conquer Writer’s Block: Tip 26 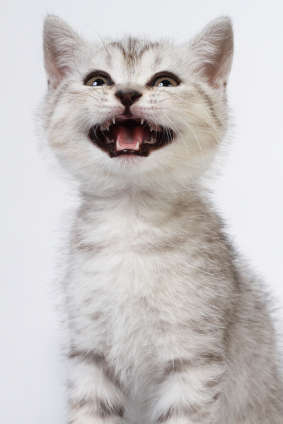 It’s often useful for me to examine when and where I’m having the most fun, while struggling with a work of fiction. If I find myself “playing favorites”, i.e., preferring to spend time with a secondary character, it’s time for a reevaluation! Nothing is worse than being bored with your main character. Duh…your reader will be bored, too…

I’ve been known to ditch my main character and hang out with that livelier, funnier, more mysterious and interesting secondary character, thus changing my story almost completely.

More often, I merge the two personalities, discovering new plot insights as well. This is a good example of how my “block” reveals valuable information, when it is actually a positive aspect of my writing process. 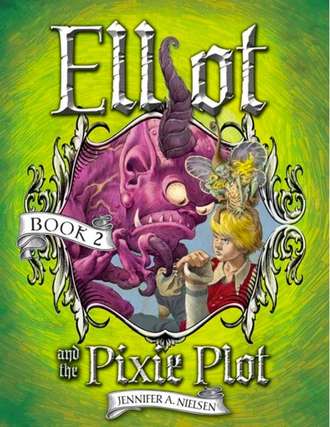 How To Conquer Writer’s Block: Tip 24 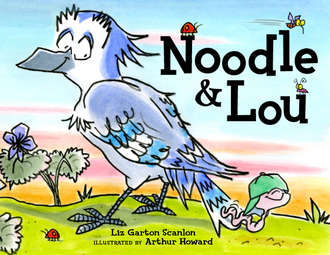 This tip is from the talented Liz Garton Scanlon, author of the Caldecott Honor book ALL THE WORLD, illustrated by Marla Frazee. Her newest, NOODLE AND LOU, illustrated by Arthur Howard, is a delight. Obviously, Liz’s tip works!

“Free up the body to free up the muse! I’ve frequently found myself unstuck on a run. (The solo kind of run, sans iPod). I don’t carry paper and pen with me, but I seem to be able to retain whole lines while my blood’s pumping. I hurry to write them down when I get home. A yoga session with vigorous breathing seems to serve the same purpose. The ideas come when I’m supposed to be meditating. Don’t tell!”

How to Conquer Writer’s Block: Tip 23 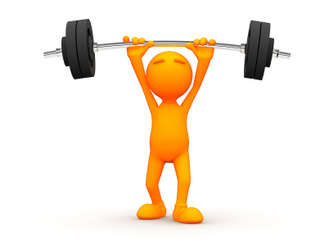 EGO STRENGTH
Writing is hard. I’m not referring to the actual execution of it, talent-wise, but the psychological processes involved: persistence, overcoming fear of failure, loneliness, delaying gratification for long periods. I don’t know about the statistics comparing talent with perspiration, but I’ve long thought that writers need a fair amount of ego strength. Just recognizing this is helpful and a source of pride–all writers experience the difficulties, and it takes a certain kind of “talent” and strength to continue to create.

How to Conquer Writer’s Block: Tip 22

The sign over my computer, DON’T THINK, (Tip 18) should be revised according to Michelle Ray’s simple but brilliant tip, below. Her tip sounds almost impossible to accomplish, but in practice, it isn’t. I do what she suggests all the time and am always amazed at the results – more times than not, reasonably good first draft stuff. I think it’s another of those wonderful “permission-giving” tips.

Michelle is a theater buff, and a creative and inspiring English and Reading teacher. I absolutely can’t wait to read her debut novel, FALLING FOR HAMLET, due out this July. It’s told from the point of view of a modern-day Ophelia who doesn’t die at the end! And check out Michelle’s terrific website.

How to Conquer Writer’s Block: Tip 21 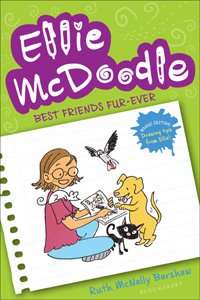 FROM AN AUTHOR-ILLUSTRATOR–AND IT WORKS!

Here’s a tip from the funny and talented children’s author Ruth McNally Barshaw, creator of the popular and wonderful Ellie McDoodle series. I’m glad she suggested stick figures, for those of us who are less dextrous artists…it works!

“Sketch or draw the scene that isn’t working, or the last scene that did work. It doesn’t need to be a fancy illustration — I often use stick figures and simple shapes. This always unblocks me (and it has a solid basis in Art Literacy studies: creating art first makes subsequent writing richer).” Ruth McNally Barshaw

How to Conquer Writer’s Block: Tip 20

SAME OLD, SAME OLD
I think of writing as a meditative state, where you enter a contemplative place that is still and quiet, even if the actual setting is noisy. And for a children’s author, it’s often easier to access a feeling and a voice, consistent with the age of your main character, while in this meditative state.

Consistency is a key word here–for me it’s important to write at the same time each day, at the same desk, and often in the same old clothes. OK, the same type of old clothes–comfortable. My point is that the meditative state kicks in when the surroundings are comfortably familiar and predictable. This makes it likelier that I will focus on what I DO, naturally and habitually, at 9am, at an old desk, in jeans or pajamas, rather than something I have to BE (i.e. A Good Writer).