How to Conquer Writer’s Block: Tip 19 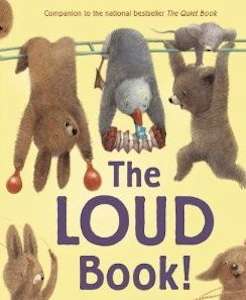 Everyone conquers The Block in their own way, and it’s so helpful to hear how others fight the battle. Here is a paradoxical suggestion from the wonderfully talented picture book author Deborah Underwood: the less you try, the more the ideas come.

Deborah says,
“QUIET TIME: Make a cup of tea or coffee. Find a comfy chair, or sprawl on your bed. Set a timer. For the next 20 minutes, it is your job to do nothing other than sit and stare out the window. But keep a pen and notepad nearby, because for me this not-trying often brings a flood of ideas.”

How to Conquer Writer’s Block: Tip 18 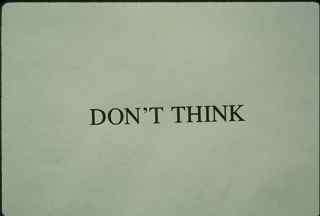 DON’T THINK. It is said that Ray Bradbury had that sign above his desk. I’m not sure exactly what it meant to him, although I can imagine. I put up that sign, too. To me it means DON’T THINK about anything else except the children’s book I am trying to write. DON’T THINK about what’s right or wrong with it, what other things I should be doing, the children’s marketplace, what people will say. DON’T THINK. JUST WRITE. Sounds contradictory, but it isn’t, since creative writing is about a different sort of thinking: imagining and feeling merged together…

How to Conquer Writer’s Block: Tip 17

THE IMAGINATION
Sometimes a concept is so startlingly true it takes my breath away.
Here is a quote from A.O. Scott in this morning’s NYT: “…the imagination lives by risk, including the risk of incomprehension.”
Creating requires taking a scary leap. You can’t worry about whether the work is good, bad, indifferent, critic-proof, or even understandable (at first) to others. Just write it as you yourself feel it and see it–the best way to achieve originality.

How to Conquer Writer’s Block: Tip 15

GET AWAY: Part 2
Get away from your manuscript. Literally and forever. Sometimes writers are struggling with the wrong project. Sometimes they slave unhappily over The Thing that’s holding them back, every now and then attempting “other Things” to relieve the pain. Sometimes enough is enough. Not only that, sometimes one of those other Things is what they really ought to be working on. I once kept struggling with a novel about a girl in the 1950’s who disguised herself as a boy in order to play on a hockey team. I thought it was a good idea for a story, except for the fact that I couldn’t seem to get her on the ice. Perhaps the problem was that I’ve never played hockey, don’t know much about the game, and don’t even like it that much. As soon as I realized all that, I discovered that my “block” was the project, not writing itself. My next project was ONE DAY AND ONE AMAZING MORNING ON ORANGE STREET. I wrote that story with much pleasure and relief.

How to Conquer Writer’s Block: Tip 12 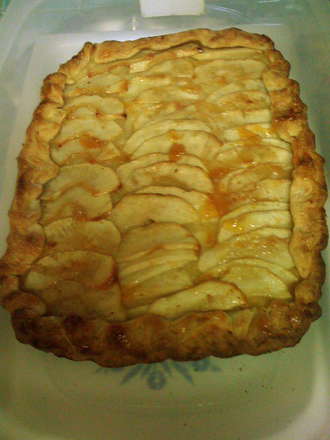 THE APPETITE COMES AS YOU EAT, is what the French say, although I’m pretty sure they say it in French. I’ve had the experience of not being hungry until my appetite is whetted by the taste of the food. I’ve had the same experience with writing–I think I’m not hungry to write, and gain momentum once I begin. Photo is of my delicious apple galette, based on Julia Child’s. Order my new book ONE DAY AND ONE AMAZING MORNING ON ORANGE STREET (in stores now!), and I’ll send the recipe! Nah, I’ll send it to you anyway…

How to Conquer Writer’s Block: Tip 14 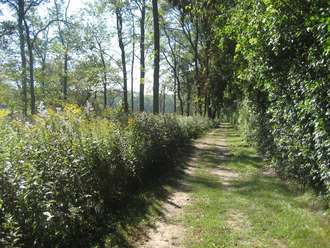 GET AWAY
This can mean anything you want it to mean: putting aside your manuscript for a while, taking a nap, going for a walk to clear your head. Then there are the absolute luxuries, for instance, a vacation. The ultimate luxury, for me, is a writer’s retreat. I once holed up at Ragdale (Google it!) for six glorious weeks, just writing. This weekend the Erin Murphy Literary Agency conducted a retreat for clients. It was heaven. The company was brilliant, warm, supportive and funny. I did a lot of laughing and eating–no writing. But now I have returned to my creative work, brain refreshed, eyes widened. Sometimes getting away is all you need to move through a supposedly impermeable block…

How to Conquer Writer’s Block: Tip 13 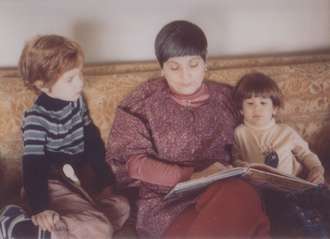 UNDERSTAND YOUR BLOCK
I think it’s truly important to understand why you are not writing at a particular period in your life, and gain some compassion for yourself while coming to this understanding. There may be a need to stop disappearing into your work. Everyone’s need is probably different: I stopped writing for a while after my mother died, she who had introduced me to the written word, and was my biggest supporter. I suddenly wanted to get up from my desk and garden, cook, eat, walk dogs, sing, have conversations with others while the sun still shone. In other words, seize the moment! A cliche, but a cliche I’d never actually lived. What is your understanding of your block?

How to Conquer Writer’s Block: Tip 11

READING FOR VOICE
Many advice-givers tell writers to just forge ahead when writing the first draft, not stopping to correct and/or change. I agree. But if my story is character-driven (which it almost always is) characters have distinctive “voices”. So every morning I skim what I’ve already written, to review the tone and cadence of the various voices. And, since my memory is poor (which is why I spend my time making things up!) this repetitive reading helps get the personality and quirks fixed in my brain, for consistency of character as I progress.

How to Conquer Writer’s Block: Tip 10

WRITING IS CIRCULAR, NOT LINEAR. I read linearly: Beginning, Middle, End. But the writing of my rough drafts is not a linear process. Some of my early chapters eventually end up at the end of my manuscript, and vice versa. Sentences, paragraphs, whole sections switch places with one another. Awareness of this circular, fluid process is liberating – I know that the awful rough draft may include nuggets I can use, although they may end up in an entirely different place in the story.

How to Conquer Writer’s Block: Tip 9

WRITE LIKE ERNEST HEMINGWAY:
Not what you think…
One of the best tips I know is his: he used to stop his writing for the day just when things were going well. The next day he’d just pick up at that point and not have to wonder what to write. After that, the writing flowed. Perhaps I should have said, STOP YOUR WRITING AT A HIGH POINT, like E.H. supposedly did.
And appreciate cats (more about them, later). He did that, too.