How to Conquer Writer’s Block: Tip 8

KNOW YOUR OWN PROCESS
I’m always examining my writing process, my very own psychology of writing. I believe every writer’s process is unique. I’ve learned to pay attention to aspects of my day, my mood, my environment, my habits that increase my productivity and/or enjoyment of my work. I look for patterns. I seem to work more effectively in the morning. I like silly things, like colored typing paper. I can’t be hungry. I prefer quiet. Some fortunate writers may find no obvious patterns – they can write anytime, anyplace, under any condition. I’ve personally never met any of them.

How to Conquer Writer’s Block: Tips 4 and 5 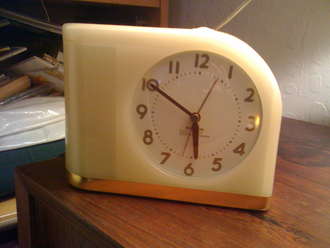 I sometimes think Writer’s Block should be called Writer’s Clock, the awareness of time ticking by in the real world as I stare at the blank page each day. I’m annoyingly aware of appointments to keep, meals to cook, people to contact, deadlines to make–all time-related activities. The best advice I’ve ever received is to tell myself I have All the Time in the World. It’s almost a mantra for me. The second thing I tell myself is to write One Short Paragraph, which certainly all the time in the world will allow me to do. Result: I usually write more than that, and, if I’m lucky, enter that state of “flow” in which time doesn’t exist.

How to Conquer Writer’s Block: Tip 7

JUST BEGIN
I’m always asked where I get my ideas as an author. But I think a more important question is “How does an idea begin?” The story or plot doesn’t arrive fully formed. It begins as an image or character trait, something quite rudimentary, story-wise.

ONE DAY AND ONE AMAZING DAY ON ORANGE STREET began with my love for my backyard orange tree. I began describing it, and what I wrote that first day eventually became, after many drafts, a chapter near the end of the book. The point is just to begin writing. You’ll find out where you are headed much later…

How to Conquer Writer’s Block: Tip 6 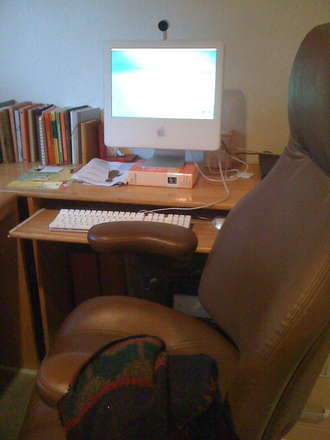 I gave myself a wonderful gift last month. I found a nook in my home that I’ve set up only for creative writing. Nothing in that space reminds me of other things I have to, such as pay bills, answer correspondence, make To Do lists. It’s true that my “Desktop” is always on my computer. I try not to pay attention to Internet distractions such as email, and that’s still hard. And yet, the physical separation of this space from other tasks has been absolutely liberating, as if I’m inviting my writing self to dance unencumbered. Find your nook!

How to Conquer Writer’s Block: Tip 3 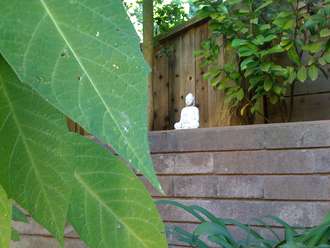 Whatever your faith, or not, there is a writer’s kind of faith that I believe you have to have. It’s a trust, a promise to yourself and your manuscript, that details and ideas and character and plot and theme will come together if you just let go and experience that first rough draft. This faith has never failed me. It’s like some invisible net that you have to believe is there, before you jump.

How to Conquer Writer’s Block: Tip 2

LOVE THE DETAILS
Details are the stuff of writing. Who knew that a fake little diamond on the very first page of draft one would be a facet of my story throughout? I never know what detail will emerge in my rough draft to connect with other details later on, which is why I have to just let it flow naturally.
Leave a comment

How to Conquer Writer’s Block: Tip 1 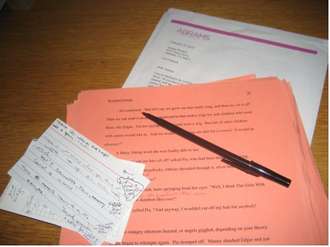 GET IT DOWN, THEN FIX IT UP!
I am in the process of working on rough drafts of my children’s novel “A Cat Called Zook”. I really believe in Anne Lamott’s process of “just getting it DOWN” no matter how awful that draft seems to be, just to see the potential of my story. Amazing, magical things happen in that first draft, as rough as it is. It hints at what I have to do next, when I fix it UP in my next draft, and the ones beyond. But I tell myself that there’s plenty of time for that. I scribble notes for changes and additions on my first page and in the margins, for later.