Joanne can be reached at jrocklin@me.com

Joanne’s latest middle grade novel is LOVE, PENELOPE. “Penny’s optimism and resolve is a joyous testament to our complicated world.” says Booklist, which gave it a starred review. It was awarded the Golden Poppy for middle grade fiction from the Northern California Independent Booksellers Association.

Her middle grade novel, FLEABRAIN LOVES FRANNY, was a 2015 Sydney Taylor Notable Book for Older Fiction. It was also among the Bank Street College of Education’s “The Best Children’s Books of the Year,” in the Ages 9-12, Fiction category. The book received a star for Outstanding Merit.

Another of her well-received novels is ONE DAY AND ONE AMAZING MORNING ON ORANGE STREET which won the California Library Association Beatty Award, The Commonwealth Club California Book Award Gold Medal and the FOCAL award from the L.A. public library.

Her Judaic picture book, I SAY SHEHECHIYANU, is published by Kar-Ben.

She is the author of the early readers THREE SMART PALS and THIS BOOK IS HAUNTED.

Joanne has a doctorate in psychology and is a former elementary school teacher, presently writing children’s books full-time. For several years she taught a popular class in writing children’s books at UCLA Extension. She gives presentations in schools, libraries and bookstores and has been a speaker for the Society of Children’s Book Writers and Illustrators, the California Reading Association, and other organizations.

Originally from Montreal, Canada, Joanne lived in Los Angeles for many decades. She now lives in Oakland, California. 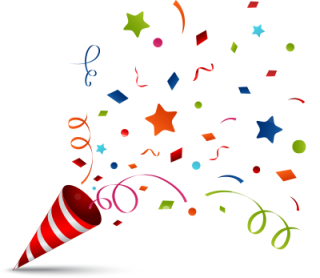 A CELEBRATION POEM FOR YOU!

Thanks for your letters
And your very smart questions
I hope you’re not tired
Of all my suggestions:

You asked for a rhyme
But I’m swimming in chili,
I don’t have the time
To stop being silly!!!